The proposed development is forecast to generate a large number of additional daily traffic movements along Vicarage Lane. Forecasts range from 254 to 335 additional movements, which would represent increases of 27% and 35% respectively. This would be on a narrow road which already struggles to cope with current traffic volumes.

The busiest part of Vicarage Lane is the section of road that approaches the traffic lights at the junction with Chester Road. This section of road is extremely narrow considering the amount of traffic it currently accommodates.

In an attempt to mitigate the issues arising from an increase in traffic volumes, the developers are proposing to install a 1.8m swept curb on the corner of Vicarage Lane and Old Wrexham Road in order to institute a one-way priority traffic management system. You can see a plan of the proposed traffic management scheme below. 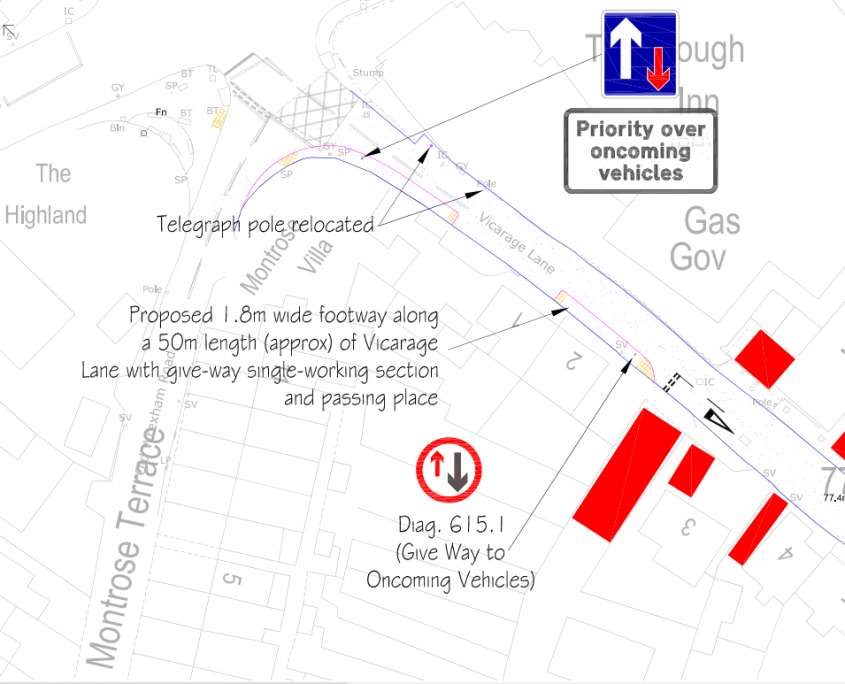 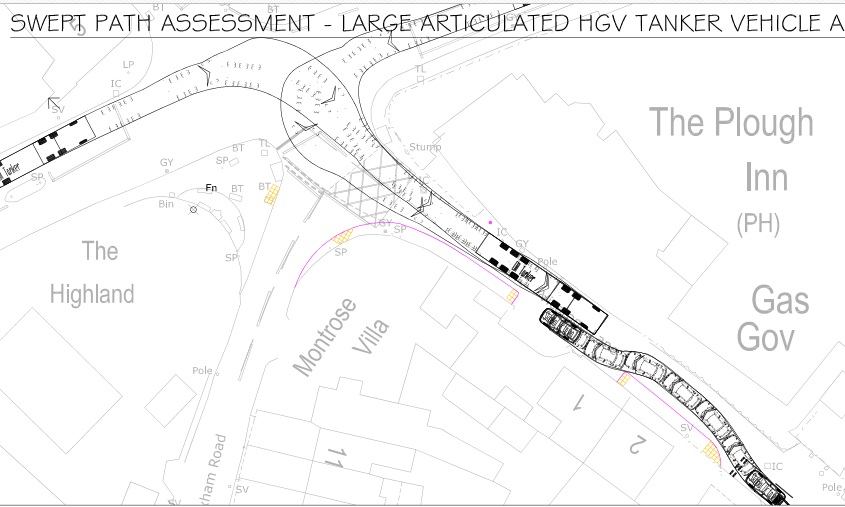 Many residents of Vicarage Lane remain unconvinced that this traffic management system will succeed in mitigating the effects of what would be a huge increase in traffic volumes. Indeed, this sentiment has been echoed by WCBC Highways Department, who, in a letter dated 18th September, informed the applicants that they consider the proposed system ‘is likely to result in additional issues along this section of Vicarage Lane.’

The letter goes on to highlight a number of specific potential issues with the proposed traffic scheme. Namely:

In addition to this, there are a number of other potential problems that residents could see arising from the proposed traffic management system. Agricultural vehicles and HGVs necessarily travel along Vicarage Lane on a daily basis. Any traffic management scheme would have to be able to accommodate these vehicles effectively. However, it is our contention that the proposed scheme fails to do this.

For example, consider a situation whereby a westbound HGV begins moving towards the traffic lights while they are on green, but the lights turn red part way through movement. 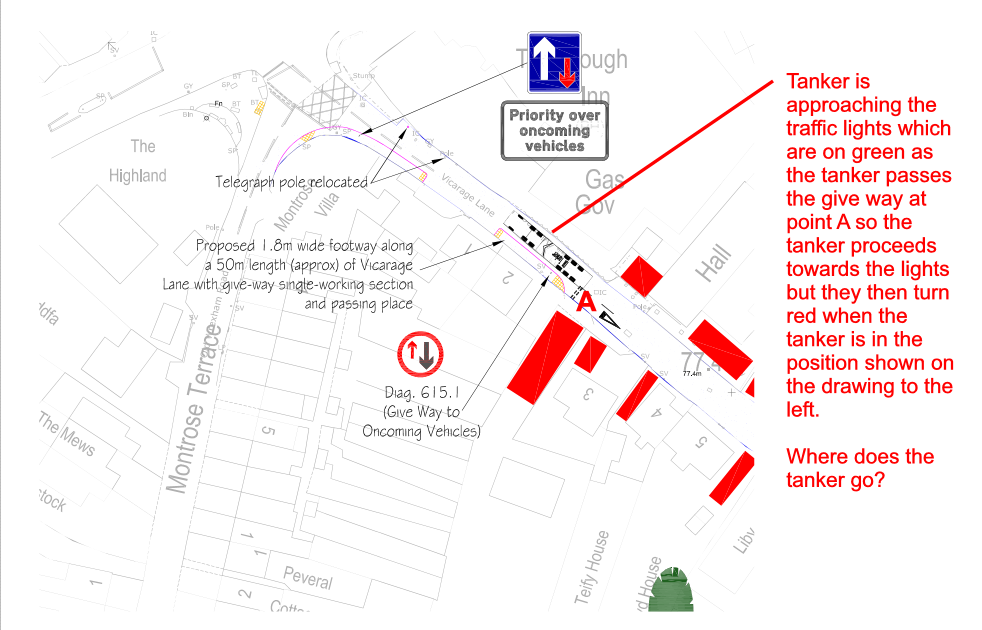 The first problem here is that the HGV could not wait in the designated passing place, as there would not be sufficient room for an eastbound vehicle to pass it.

The second problem is that, if the HGV proceed to wait at the traffic lights, it would block the box junction and thus prevent traffic accessing Old Wrexham Road. If vehicles have to wait to access Old Wrexham Road, this could result in traffic backing up onto the Chester Road junction.

Indeed, the problem of vehicles blocking Old Wrexham Road box junction is not specific to HGVs. Any vehicle larger than an average sized car would encroach upon the hatched area enough to prevent vehicles turning onto Old Wrexham Road. This includes large vans, the likes of which are seen on the lane on a daily basis delivering parcels and groceries or visiting properties to perform home improvement/repair works.